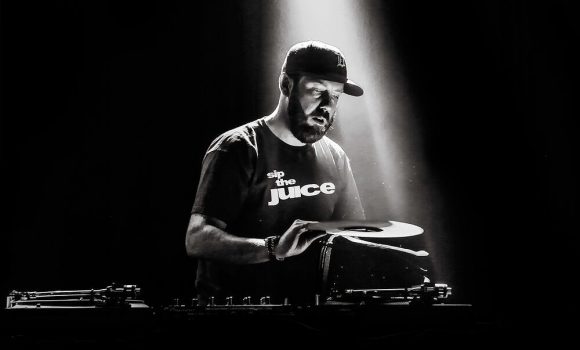 Jim Sharp grew up on a steady diet of East Coast Hip Hop during the 90’s in the Toronto area. He started playing records under the tutelage of local kings of the turntables. Years of practicing took him and his stickered up record box into bars, clubs and raves.
In 2003 Jim moved to London, UK and began the process again from scratch. Putting in more work on the decks than ever and teaching himself how to produce music, everyday was a hustle. After gaining residencies throughout London and a radio show on Itch FM, he started releasing records under the moniker J.Bold.
With evolving and maturing musical tastes, Jim returned to the essence of Hip Hop – Funk and Soul. Releasing seminal mixtapes Straighten It Out Vol 1 & 2 and dozens of edits and remixes, Jim took his music back to vinyl with humble expectations but great results. Joining forces with the Dusty Donuts crew from Germany, Jim has released more than half a dozen 45’s over the past two years championing his trademark remix and production style !

He since took his passion for deejaying to a new level, rockin’ crowds with sets full of dope cuts and mixes and a big smile on his face.
Jim has worked alongside deejays such as Skratch Bastid, Mr Thing, Jazzie B, Kon, Rich Medina and acts such as Pharoah Monche, Black Sheep, Jeru the Damaja, George Clinton, Mobb Deep.